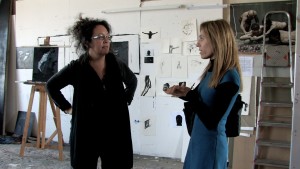 Second Step in Bern (Switzerland), in collaboration with the video artist Luca Coclite – from 18th to 27th March 2012

Local Partner: Kalart and Progr Zentrum fur Kulturproduktion (www.progr.ch)
A relationship with the earth also includes responsibilities and duties (Arenzano Manifesto’s First Thesis)
Can we still regard politics as only society’s administrative and organisational system?

Can politics still consider itself as only the expression of a country? Can it alone represent a country’s national interests? Faced with an interconnected world, undergoing drastic and global changes – population growth, environmental disasters which go beyond national borders, over and above culture and religion – can we still accept that politics has a vision that is short-sighted and limited by its own territorial borders?

Or instead can we imagine a new political approach, capable of discussing the interests of man as a species, in order to maintain that species’ continuity and safety? Can we think of enlightened global politics that override the personal interests of each nation with the aim of establishing and planning a new movement dedicated to safeguarding our species and the planet which hosts us? Can politics have such a long-term vision?

Can politics modify itself in such a way as to create a new system that goes beyond statistical and economic forecasts, and considers man as an individual, with an intellect which is capable of thinking, creating, inventing and imagining the best for itself and others?

Given that the Swiss Confederation has a long history of neutrality, and is often involved in the process of building world peace, it is the ideal place to begin a discussion on our planet as a common resource of human beings.

Rebecca Ballestra will create a video project in association with the video artist Luca Coclide, involving the people and international institutions. The video will deal with the possibility of imagining a global political organisation capable of taking care of the environment’s destiny and of planning a long-term policy on a global scale with the aim of safeguarding the planet and its resources for mankind.

Ispired by the Manifesto’s first thesis, me and Luca Coclite we have investigate the role of politics in the global interconnected world of today. Since the Swiss Confederation has a long history of neutrality and is frequently involved in peace-building processes around the world, for this reason was the perfect place to start a discussion about our planet as a common good of the human being. We have realised a series of interviews to artists and politicians, looking for a dialogue to build for a new social model for the future. A special thanks to Mr Martin Dahinden, Director General – Federal Department of Foreign Affairs FDFA – Swiss Agency for Development and Cooperation SDC and Mr Hans-Peter Egler – Head Trade Promotion – Federal Department of Economic Affairs FDEA- State Secretariat for Economic Affairs SECO who have granted interview and to Mr Thomas Kalau and to his Platform for Contemporary Art , Kalart, for all the support who gave to the project.